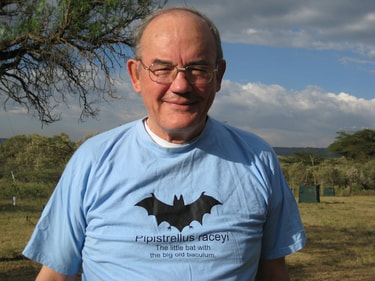 Paul is Regius Professor of Natural History (Emeritus), University of Aberdeen, and Visiting Professor at the University of Exeter’s Centre for Ecology and Conservation, which is located at the Tremough campus, Penryn, near Falmouth. When he retired in 2009 he was awarded a Leverhulme Emeritus Fellowship to continue with projects on bat ecology and conservation in Madagascar.

Paul’s infectious passion for bats (and Africa) have inspired many bat ecologists, and enabled many bat projects to get underway. Paul was one of the founders of the UK’s Bat Conservation Trust  and served as its first chair for six years. He was a council member for Fauna and Flora International for 22 years and was Vice-Chair when he retired from FFI last year. He has served on  several scientific committees and advisory boards   of conservation NGOs  Bat Conservation International and the Lubee Bat Conservancy).

As an internationally renowned bat expert and ambassador, Paul’s outstanding service and contribution to bat ecology and conservation have been recognised with the silver medal of  the Mammal Society (UK), honorary membership of the American Society of Mammalogists, the Gerrit Miller Award of the North American Society for Bat Research, a lifetime achievement award from the Bat Conservation Trust, and in 2008 Paul was named one of the BBC Wildlife ‘Conservation Heroes’!

So… to say we’re a bit excited Paul is one of our bat ambassadors might be a teeny bit of an understatement. We've absolutely over the moon! 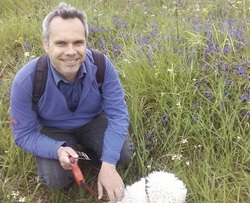