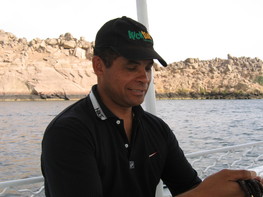 Professor David Jacobs
....research focuses on the processes involved in trait evolution and how divergence in traits lead to lineage diversification and the consequent generation of biodiversity. I focus on sensory, behavioural and morphological traits. His group uses several approaches in this research including comparative morphometrics and behavioural ecology to test hypotheses on the functional significance of trait variation. This approach includes the use of genetic techniques to identify evolutionary relationships amongst species/lineages, which are in turn used to construct ancestral character states. These are used in conjunction with phenotypic data to test several hypotheses on trait evolution.

Current research projects include: David has chosen insectivorous bats as the system to work on because their evolution of flight and echolocation allows one to understand the interaction between a sensory system that provides information about space and time and a morphological system that allows the negotiation of that space. The morphology (and nervous system) associated with flight and echolocation should be under extreme selection pressure because of the stringent conditions under which they have to operate as a result of the limitations imposed by acoustics and aerodynamics. 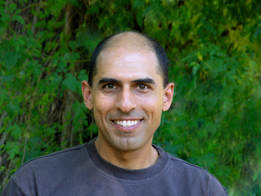 Professor Ara Monadjem
...is a zoologist at the University of Swaziland where he has taught for 24 years. Ara specializes in the ecology and conservation of the birds and mammals of Africa. His focus is currently on African small mammals (specifically bats and rodents), and large birds (vultures, eagles and storks). He specializes in field surveys where the objectives are primarily to obtain distributional information on rare and threatened species, and to provide accurate identifications of these species. He is also involved in predictive modelling of distributions, and studies of population dynamics. He has worked in very remote locations across the African continent including the rain forests of West and Central Africa, and the savannas of Southern and East Africa. He has published widely including 5 books and > 130 scientific papers. His ultimate goals are: 1) to provide up-to-date and reliable scientific information on African mammals and birds that could be used in their long-term conservation; and 2) to share his enthusiasm for, and knowledge of, Africa's wildlife with students,
colleagues and the general African public. 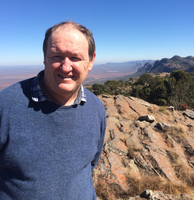 Professor Peter Taylor
.....is a mammalogist and evolutionary biologist specialising in the systematics, ecology, conservation and ecosystem services and disservices of small mammals, in particular rodents, shrews, bats and carnivores. Peter obtained his PhD degree from University of KwaZulu-Natal, Durban, South Africa in 1991 on the infraspecific systematics of the yellow mongoose and was employed as Curator of Mammals and Acting Director at the Durban Natural Science Museum (DNSM) from 1989 to 2010. Since February 2010, Peter has been employed as Associate Professor (2010-2012), Professor (2012-present) and South African Research Chair on “Biodiversity Value & Change in the Vhembe Biosphere Reserve” (2013 to present) at the University of Venda.

Since moving to the University of Venda in 2010, Peter has developed new research interests in applied aspects of biodiversity science including ecologically-based rodent management (EBRM), biological control of macadamia pests by bats and the impacts of climate change on Afromontane small mammals. ​This change in his research direction from predominantly pure to predominantly applied biodiversity science culminated in Peter's appointment to the SARChI Chair on Biodiversity Value & Change in the Vhembe Biosphere Reserve in September 2013. 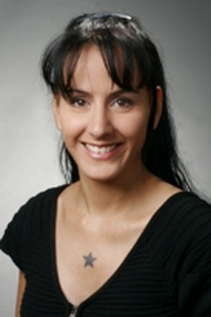 Dr Anna Bastian
...is currently based within the Sensory Ecology lab - Evolution, Bioacoustics and Biodiversity at the University of Cape Town. Anna has been working on bats since undergrad times and moved to South Africa in 2012 to do a postdoc on the echolocation behaviour of horseshoe bats. Before that, she worked on gleaning bats in Cuba for her PhD and on Sri Lankan gleaning bats in Germany for her biology degree. Anna's general research interest is the evolution of animals, with a focus is on sensory ecology and phenotypic diversity.

Much of Anna's research has involved the study of bats as model systems and the use of DNA sequence and phenotypic data such as morphological (e.g. wing shape) and acoustical (social calls and echolocation) data. An important tool of her projects are experimental approaches in the field and in the lab using playbacks, behavioural observations, manoeuvrability courses, prey capture success tasks etc. Anna combines these approaches to build a strong complementary strategy to characterize variation, describe patterns and identify underlying mechanisms to ultimately make inferences about the species’ (or the traits’) evolutionary history. 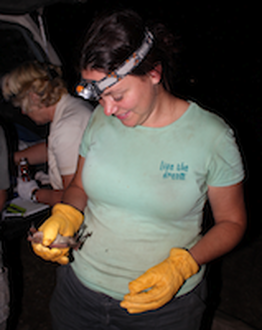 Dr Rachael Cooper-Bohannon
...is a bat ecologist and conservationist at Bats without Borders - a small NGO working to conserve bat populations in southern Africa through applied research, education and outreach, capacity strengthening and conservation advocacy. Rachael completed her PhD titled: 'Assessing the distribution of bats in southern Africa to highlight conservation priorities' at the University of Stirling (Scotland) supervised by Professor Kirsty Park and Professor Gareth Jones at the University of Bristol (UK). She remains a Research Associate at the University of Stirling, is on the Steering Committee for Bat Conservation Africa and has recently joined the IUCN Bat Specialist Group. Her scientific interests include bioacoustics, conservation biology and population genetics, conservation management, disturbance ecology, climate change, ecological modelling, Geographical Information Systems (GIS), and of course bats! 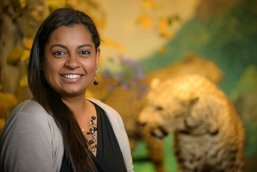 Dr Leigh Richards
...is the Curator of Mammals at the Durban Natural Science Museum. Her primary research interests are the taxonomy and biogeography of Afrotropical small mammals. She utilises morphometric techniques and chromosomal analyses to investigate the historical diversification of small mammal taxa, particularly bats.  She has 15 years’ experience studying this unique and fascinating group of mammals. She has a PhD in bat taxonomy from the University of KwaZulu-Natal and currently co-supervises post-graduate students based at three South African universities. Leigh is a co-describer of two new African bat species. 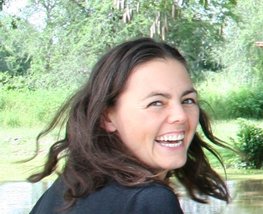 Dr Emma Stone
….. is Founder/Director of UK charity Conservation Research Africa based in Malawi, and Head of Wildlife Research at Lilongwe Wildlife Trust. Emma’s research focus is applied conservation biology with a strong emphasis on evidence based conservation, in particular human-wildlife conflict management, mitigating anthropogenic impacts on the environment, and assessing patterns and drivers of diversity and abundance. Emma has been conducting bat research in Africa (particularly Zambia, Malawi and South Africa) since 1998 and conducted her PhD research in the Bat Ecology and Bioacoustics Lab at the University of Bristol, UK on the impact of development on bats with a focus on the ecological impacts of artificial lighting. Emma developed a novel field-based experimental approach which demonstrated the first evidence of negative impacts of high pressure sodium and LED street-lights on bats. Emma holds positions of Honorary Research Fellow at Cardiff University and University of Bristol UK and Visiting Research Fellow at Nottingham Trent University UK. Emma founded UK charity Conservation Research Africa through which she established African Bat Conservation in 2011, which protects and conserves bat populations in Malawi through research, education and outreach. Emma has secured over £1.5million in research grants since 2005 and published (464 citations, H-Index 7) in high impact journals. 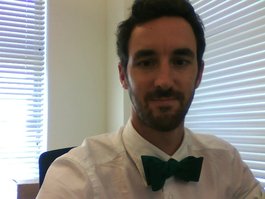 Mr Jonathan Aronson
….. in an environmental consultant with Arcus Consultancy Services South Africa (Pty) Ltd where he is an Ecologist and GIS Specialist. He has a Master’s degree in Zoology from the University of Cape Town. Research and extensive field surveys on insects, baboons, freshwater systems, savannah ecology, birds and bats have all contributed to Jonathan’s experience as an ecologist. Jonathan has eight years of experience working with bats and he has been at the forefront of bats and wind energy research in South Africa, working on more than 20 wind energy projects in South Africa and Kenya. He has contributed to the Good Practise Guidelines for Surveying Bats at Wind Energy Facilities in South Africa, is the lead author on the operational monitoring guidelines for bats at wind energy facilities and is a member of the South African Bat Assessment Advisory Panel. He is registered as a Professional Natural Scientist (Ecological Science) with the South African Council for Natural Scientific Professions.